The Aquarium Piran has been functioning for more than 50 years in 4 Kidričevo nabrežje, in the former Customs office building and present Villa Piranesi, and with its renewed image invites you to discover the sea wonders of the North Adriatic. Being located next to one of the most magical docks it is on the itinerary map of every tourist and mandatory entertainment to a number of local people. Despite its small size, it hides a surprising number of various animals, which may be seen in the likewise small Slovenian sea.

You will be welcomed by around 140 various types of organisms, among which the fish reasonably prevail in number. Among 60 various species exhibited in the bigger basins you may observe the shoals of the open seas, like sea bass, mullets, gilt-head (sea) bream and other swimmers, as well as those that rather stay close to the coastal zone, like Blue-green chromis, salpa, Kaval, friars, sea bream/spar and many other varieties. From the holes of a rocky reef you will be given a grim look from eels/congers, moraines and curious groupers. Numerous midwives, strollers, leatherbacks, pirkas (Serranus scriba), little wolves (Serranus hepatus) and dwarf suckers/ vacuum cleaners hide in smaller basins. With some good luck and your accurate eyesight you will be able to even notice shy inhabitants of the sandy and silt seabed, finding it difficult to reveal nothing more but their protruding eyes or fins; these shy inhabitants are soles, stargazers and sea dragons. And, needless to say, there are a few long-nosed seahorses, which mesmerise us with their mating dance, common sharks, a sea cat and a ballast. You do not fail to spot numerous crustaceans, from a tiny saw-blade shrimp to a mighty lobster and a spiny lobster. They share the aquarium with numerous molluscs, the mussels as well as the sea snails, together with octopuses and cuttlefish. Numerous sponge species, cnidaria and particularly sea echinoderms, like starfish, sea cucumbers, sea urchins and brittle stars unquestionably contribute to the aquarium colourfulness and diversity.

The Aquarium Piran offers unique possibility of acquiring knowledge about the marine organisms and environment as well as an eyeful experience and relaxation in a pleasant atmosphere. It is very well ensured by always new and attractive photo exhibitions with marine themes, which decorate the aquarium walls. You will also be attracted by the archaeological remains of the little 11th century Church of St. Nicholas, the patron saint of seamen, above which you can walk.

Furthermore, if you would like to gain more experiences, you may join in our fish feeding times. In only two-hour tour you will learn all about the menu of our protégés, about what they adore and which smell they do not find inviting. You will also be able to help prepare the food and explore the corridors behind the scenes of the aquarium, which are commonly hidden from the visitors, and where you will have the opportunity to learn more about the very operation of the aquarium and the system that supports it. Such experience is particularly liked by children since they come into direct contact with the fish and always hungry organisms. They will also learn many interesting things as they should first know where the animals can be found, how they are fed and what they are fed with. Where do starfish have a mouth?  You may test your courage and offer a bite to a greedy grouper and a shark.

In the Aquarium Piran you can dive into the underwater world of the North Adriatic Sea and learn all the secrets of its marine inhabitants. 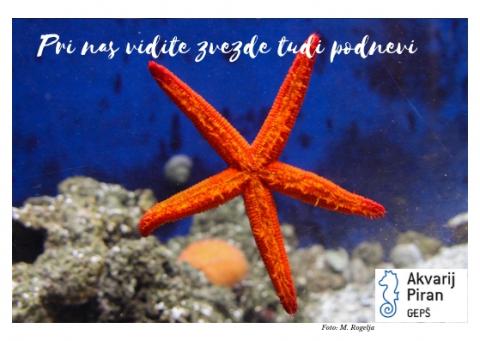 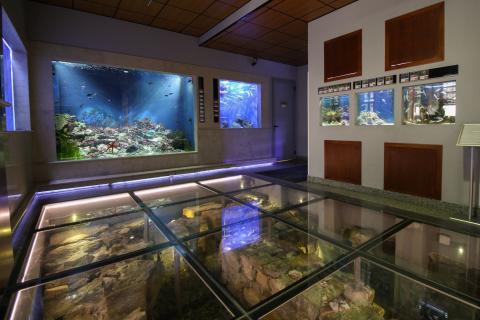 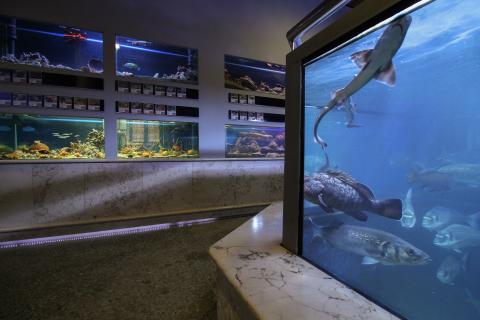 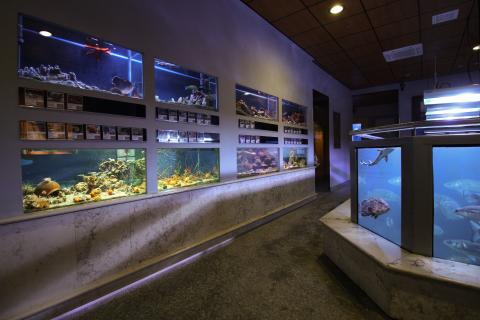 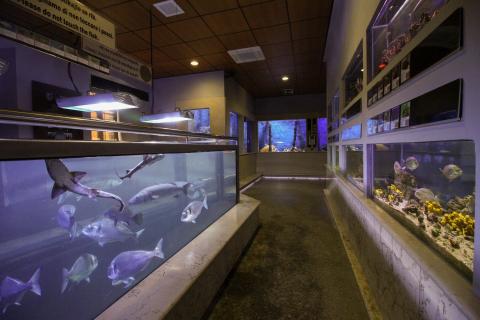