Neptune’s Baptism (also known as Maritime or Naval Baptism) is the traditional school event, which has been organised regularly since the very founding of the school. During this time, the form of baptism changed several times, but the essence remained the same - the symbolic initiation the first-year students under the patronage of the sea god Neptune.

The senior students dress up as pirates, one of them as Neptune, and the first-year students represent their “slaves” dressed in coffee bags. In recent years, the procession, accompanied by a band, starts in front of the school in Portorož and moves towards Piran, sometimes on foot and sometimes by boats, depending on the favour of the god of the sea. The god of the sea deserves the honour of being carried on a palanquin by selected first- year students.

In Piran, the freshmen swear to Neptune that they will be good and honest disciples and his eternal worshipers.

Previously, every novice had to drink a cup of sea water after the ceremony, but today only "two old sea wolves" from the Neptune's entourage throw each of them into the sea.

Neptune's Baptism is also an interesting touristic event, which is one of the oldest permanent one in the country, and the baptism has also become part of the municipality of Piran and its maritime history and another proof of the maritime affiliation of our country. 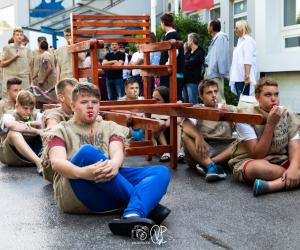 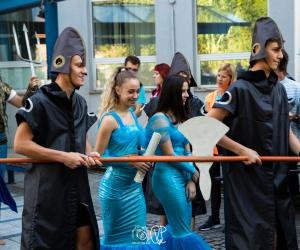 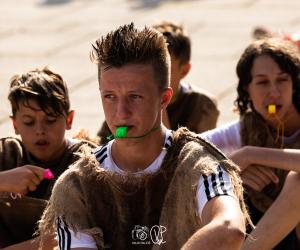 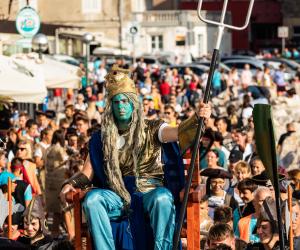 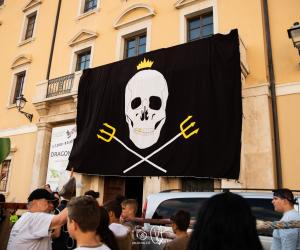 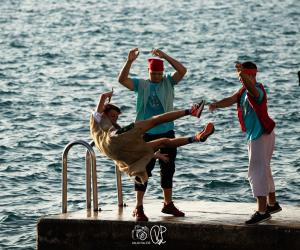 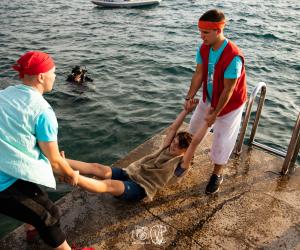