The school rowing team has been participating in international maritime rowing competitions at home and abroad for over twenty years. During this time, the team participated in a number of foreign regattas in Croatia, Italy, Serbia, Montenegro and Germany.

The rowing competitions are most commonly held in special school boats called cutters. A cutter is a type of boat that is made for nautical practice, trainings and rowing competitions. The crew consists of 10 rowers and a leader, who is also a helmsman.

Since the school (together with the faculty) received two new cutters in 1999, it has also been regularly organising international rowing competitions at home, in Portorož. During this time, the school has proved itself to be a good and hospitable organiser, and domestic and foreign teams regularly join the rowing competition.

The school team has proved itself many times in its history and has shown synchronisation, strength, fitness, tactics, skill and a lot of will and desire for the best possible result. Certainly, defeats are also an integral part of this sport, yet even without a winning celebration, the team has always honourably and proudly represented its school, region and country.

Undeniably, in addition to the competition, socialising with other competitors, cooperation with other maritime schools and getting to know new places and attractions are also important. 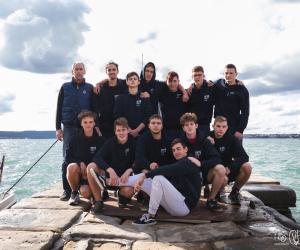 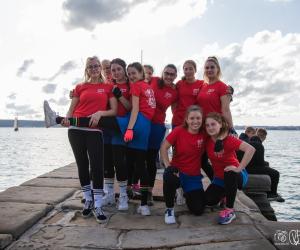